Tim Ferriss’ Experiment and the Rise of Direct Monetization in Podcasting 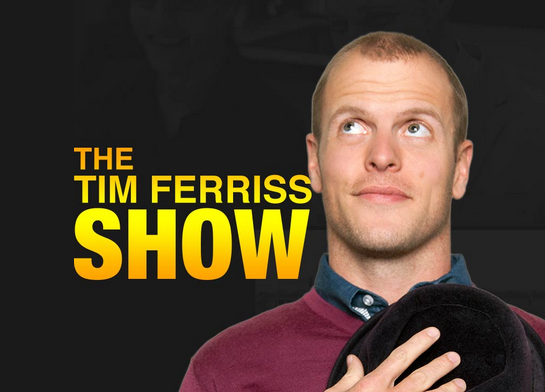 Yesterday, Tim Ferriss announced a six-month experiment: he’ll stop taking sponsors for his podcast, and switch to a donation-only model.

Tim cited two reasons for this shift: 1) sponsorship takes a lot of time, and 2) fans are constantly looking for ways to support the show.

Full-disclosure: I founded Glow, a startup premised on the idea that podcasts can build great businesses by doubling down on their direct relationships with their listeners. That’s not to say that ads aren’t a fantastic way to monetize your podcast (because they can be). Rather, it’s a bet on the notion that there is a ton of untapped potential from listeners who are willing to and want to pay for their favorite podcasts.

So, I have some predictions about how Tim Ferriss’ experiment is going to go, and I’m feeling optimistic. Let’s do the math. We’ll make the assumption Tim’s podcast gets on average 300,000 downloads/episode.

Here’s what we see:

Of course, these numbers are guesses: maybe he commands a higher CPM, or a lower percentage of listeners choose to support the show. That said, our experience with Glow so far has taught us that 1.5% converting to paid is not only achievable, it’s at the lower end of the spectrum. (It’s also worth noting that this isn’t always a trade-off. Tim Ferriss is forgoing ads in exchange for listener support, but other shows grow both monetization channels and effectively double their revenue).

Here’s my prediction: Tim Ferriss’ podcast won’t go back to an ad-based model. Rather, he will double-down on a listener-support, and we’ll have fun watching him experiment with new ideas for boosting conversion and extending the lifetime of existing supporters. This is the jumping off point to a litany of ways he could better engage his base. What could it look like?

Other podcasts are putting similar ideas into practice. The Acquired Podcast has a Slack to chat with listeners and get episode suggestions, and Trivial Warfare gives its biggest supporters with the chance to compete on the show.

There are a lot of ways to deepen relationships with listeners, and to leverage a listener-support program to make content better for all your fans (a side benefit of having a direct relationship with your listeners is that it creates an opportunity for two-way communication). Tim Ferriss is keeping it simple for now: listeners support the show in exchange for gratitude for Tim. It’s a good way to test direct monetization while reserving the option of developing fancier rewards down the line.

Listener-supported models are relatively new in podcasting, which is why it’s difficult for even the most prominent hosts to start asking to be paid. But, they’ll gain traction quickly, especially with major hosts like Tim Ferriss paving the way, and increasing amounts of data on their monetization potential.

That’s a positive development for the medium. Direct monetization aligns incentives for podcasters to think of creative ways to engage their biggest fans. It makes them less reliant on finding sponsors and testing products, and opens up time to create new content and be more responsive to their listeners. It also means a brand new revenue stream, making it easier for content creators to do what they love.

My question is, who’s next after Tim Ferriss?

Thank you! Your submission has been received!
Oops! Something went wrong while submitting the form.

Glow and could not be more excited to be announced as a partner leveraging the new Spotify Open Access Platform (OAP).

We founded Glow because we believe in a rich, diverse media environment--one where creators get paid for their work and have easy access to the tools to turn their work into a sustainable business.Today, we’re taking a major step towards making that vision a reality.